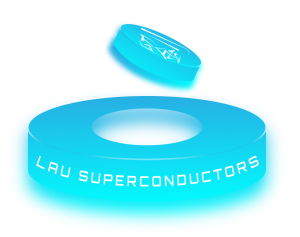 Why is HTS not used? 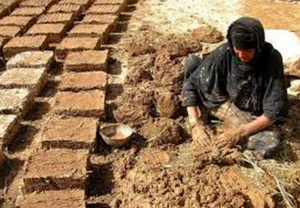 But HTS is made by first melting component powders at ≈ 1200°C, then cooling under oxygen to form a single crystal. Reinforcing material placed inside oxidizes at high temperatures, forming impurities which interupts crystal growth and provides secondary seeding sites. These weaken HTS crystal strength and hurt performance. HTS strenghtening has so far been limited to external reinforcement such as Packing in Tubes, Deposition on Substrates, or Stainless Steel Encasing.

CONCEPT: Silicon in SiC fibers reacts at high temperatures with O2 creating a layer of inert SiO2 preventing further oxidation. This is similar to why aluminum (Al) can be used for foil, pots and pans because Al reacts with O2 forming an inert layer of Al2O3. It is also how chromium (Cr) makes steel stainless.

What We Are Doing 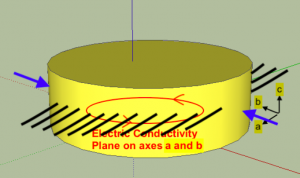 Terry is a non-executive Director of LAU Superconductors Inc with over 25 years of experience in intellectual property and start-up companies. He is currently a Principal at Van Pelt, Yi & James, a boutique patent prosecution firm. Terry has a PhD in Biophysics from University of California, Berkeley, a M.S. in Applied Physics from Stanford University, and a B.S. in Physics and Applied Physics from Yale University.

Wayne founded LAU Superconductors. He became involved in superconductors accidentally while a Visiting Researcher at the Centre for Sustainable Development at Cambridge University researching village solar electrification in Africa. Wayne was also a seed investor in start-up companies. Previously he founded and sold a fund management company focusing on Asia ex-Japan equities. Wayne has an M.Phil in Engineering from Cambridge University under a Marshall Scholarship, and a B.S.E. in Geological Engineering from Princeton University. He is also an Elder of Kong Village, Tikar tribe, Centre Province in Cameroon.

Catherine helped a social-enterprise startup which collected gold from artisanal mines in Cameroon and has done charitable work supporting schools in rural areas in Cameroon. She holds a B.S. in Business Administration.